Articles • Topics We Are Following

For Our Ohio State Believers

I’m sure it will be encouraging to many of the Israel Story’s Ohio following believers to learn that Ohio is the first US state to try to formally recognize Jerusalem as the capital of Israel. This November, the Ohio legislature will take a formal vote to recognize Jerusalem as Israel’s capital.  HCR 26 is expected to pass as Ohio currently has a largely pro-Israel legislature.  The resolution recognizes a few other things in addition to Jerusalem being Israel’s capital, including that Ohio is Israel’s 28th largest trading partner, that archaeological evidence proves Israel’s historical connection to the city of Jerusalem, and that Jerusalem has been under Israeli sovereignty since 1967. The resolution also cites the Jerusalem Embassy Act, adopted by the Senate in 1995, as well as President Trump’s recognition of Jerusalem as Israel’s capital in December 2017.

While this move is largely seen as a gesture of good will and has no real political impact, it is significant that states have moved into the area of recognizing Jerusalem as Israel’s capital. This has the potential to maintain state by state support of Jerusalem as the capital of Israel should a future president ever walk back from this recognition by the Trump administration.  In addition, Ohio is the largest holder of Israeli bonds in the world, holding over $200 million in Israeli bonds. This was done intentionally by the state of Ohio to combat the BDS (boycott, divest, sanction) movement against the Israeli economy.

There are some more fascinating stories of how people in the Ohio government, who are pushing for this support of Israel, are seeing what they believe is God’s tangible blessing and favor on their work in Ohio.  You can read more here.

Chris is the Director of Communication & Technology at the Israel Story. He is passionate about passing a love and understanding for the Jewish people to the next generation. 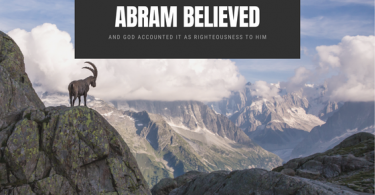 A Great Nation Abram entered Canaan when he was 75 years old after receiving God’s promise that his...