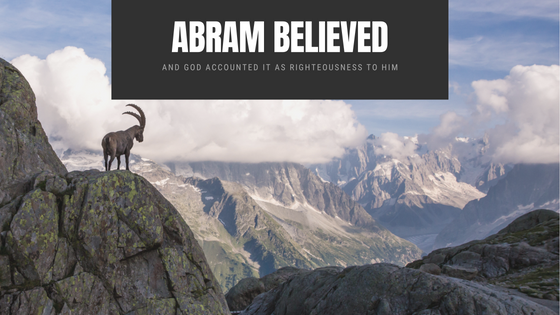 Abram entered Canaan when he was 75 years old after receiving God’s promise that his descendants would be a great nation.  Of course, the problem was that Abram didn’t have any descendants, and no doubt he’d been trying. In Genesis 15 it is recorded that God speaks to Abram again.  This time in a vision. We don’t know exactly how old Abram is at this time, but he is somewhere be 75 and 85 years old. God begins by assuring Abram that everything is good and that he shouldn’t be afraid, talk about grace.

Genesis 15:1 – After these things the word of the Lord came to Abram in a vision, saying, “Do not be afraid, Abram.  I am your shield, your exceedingly great reward.”

It’s pretty awesome when God says He is your reward and not just any reward, but an exceedingly great reward!  But Abram missed it. He was myopic at this point, focused on something else that was bothering him. His response, and I’m both paraphrasing and expanding, went something like this.  “Well that’s great, and You might be a wonderful reward, but I’ve got a problem down here. I have a whole lot of possessions, but no one to leave them to but a servant born in my house.”  God is not offended by Abram’s apparent lack of appreciation for how great a reward He is, but instead assures him that one from his own body will be his heir, and proceeds to take him outside for some stargazing.

Genesis 15:5 – Then He (God) brought him (Abram) outside and said, “Look now toward heaven, and count the stars if you are able to number them.”  And He (God) said to him (Abram), “So shall your descendants be.”

If you live in a city and have never looked at the stars without man-made lights impeding and compromising your view, you have no idea what Abram saw, but trust me, it was a lot of stars.

The next verse describes Abram’s response. It is one of the most important verses in the Old Testament. Do you know what it says and why it is so important? Here it is:

Genesis 15:6 – And he (Abram) believed in the Lord, and He (God) accounted it to him for righteousness.

Why is this such an important verse?  Because it is the basis of our relationships with God if we are believers in and followers of Yeshua.  It is what enables us, fallen mankind, as broken and messed up as were are, to have an intimate loving relationship with our holy God.  There is a word for it. It’s called grace and it’s based on faith.

Ephesians 2:8 – For by grace you have been saved through faith, and that not of yourselves; it is the gift of God.

Romans 5:19 – For as by one man’s (Adam’s) disobedience many were made sinners, so also by one Man’s (Yeshua’s) obedience many will be made righteous.

For all of you angelic beings out there and for those of you who are more like me, this is the only way any of us will ever be righteous in God’s eyes.  This doesn’t mean that we can’t and shouldn’t try to do what is right, what is righteous. We can and should. What it does mean is that God’s standard of righteousness is so high that the only way we will ever achieve it is for Him to do it for us, and for us to believe that He did.

2 Corinthians 5:21 – For He made Him (Yeshua) who knew no sin to be sin for us, that we might become the righteousness of God in Him.

I love this verse and I am convinced that there is not now, nor has there ever been, one human being on earth, other than Yeshua of course, who could or can understand what it means.  Why? Well, how righteous is God? Exactly. You don’t know and either do I. Our brains do not contain enough storage capacity to comprehend righteousness of that magnitude. But that is exactly how God sees us as a result of our faith in Yeshua.  That’s good news (the gospel)!

Now back to Abram.  God viewing us as righteous based on our faith is exactly what He did for Abram, and it is the first example of God doing this in the Bible, which makes makes sense, seeing that Abram (later renamed Abraham) is referred to as the father of our faith.  Remember Abraham didn’t always behave righteously. I don’t know how righteous you think it was for him to head into Egypt, realize his wife is a good-looking woman, and therefore ask her to say she’s his sister instead of his wife, so they won’t kill him.  Yes, I know she was his half-sister, but I don’t think that lets him off the hook for allowing her to be added to Pharoah’s harem, while Pharoah is showering him with gifts because of his hot “sister.” Fortunately God protected Sarah, but that doesn’t make Abraham’s plan any more righteous.  By the way, he did the same thing again with Abimelech, king of Gerar.

We see that  Abram didn’t always do what was right, but God viewed him as righteous based on his faith.  What are we to take away from that? For now, let’s focus on two simple truths:

First, the righteousness God granted to Abram based on his faith is the foundation, literally the root system, (we’ll talk about the tree later) of the righteousness that is granted to us because of our faith in Yeshua.  Abram(ham) was blessed by God in many ways, but none greater than this gift of righteousness, and through Yeshua’s death on the cross, this blessing of Abraham was made available to all of mankind.

Galatians 3:13-14 – Christ has redeemed us from the curse of the law, having become a curse for us (for it is written, “Cursed is everyone who hangs on a tree”), that the blessing of Abraham might come upon the Gentiles in Christ Jesus, that we might receive the promise of the Spirit through faith.

John is the founder of The Israel Story. He is a teacher who communicates on the message God has given him about God's plan, purpose, and love for Israel and the Jewish people, and for all of mankind. 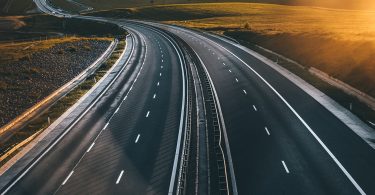 I’m sure it will be encouraging to many of the Israel Story’s Ohio following believers to learn...